Memorial Day is Monday, May 31, 2021, and many people are unaware of the history behind this somber holiday. The holiday has its origins in the Civil War that ended on April 9, 1865. Before Memorial Day became an official holiday, it was known as Decoration Day. When the Civil War ended, the death toll was unlike any other war in American history. More than 620,000 people perished and the nation was in deep mourning. The first national cemeteries were erected, including Arlington National Cemetery that was built on June 15, 1864, and people joined together to mourn the dead. Both Union and Confederate soldiers were buried together.

Over the years, each state held its own celebrations but it wasn’t until 1971 that Congress declared the last Monday in May as  Memorial Day, a national holiday. Though many people refer to Memorial Day by that name, some still refer to the holiday as Decoration Day.

The practice of placing flowers at the graves of the war-dead has continued for over 130 years. Additionally, each Memorial Day, people visit different national cemeteries and lay wreaths, and pay their respects. Wreath-laying ceremonies take place at the Tomb of the Unknown Soldier in Arlington National Cemetery, the Vietnam Veterans’ Memorial, and cemeteries across the nation.

In addition to visiting graves, some people attend Memorial Day parades and barbecues with friends and family to mark the holiday. Not everyone feels that a barbecue is appropriate on Memorial Day. Though summer begins on a different day in June each year, some people feel that Memorial Day marks the first day of summer. This is why they choose to celebrate with trips to the beach or lakes and have cookouts and barbecues.

How do you celebrate Memorial Day? Do you visit cemeteries of the fallen and place flowers on the graves of the dead? 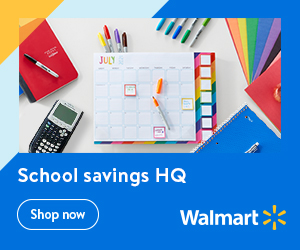 Listen to the National Day Calendar